I touch it, and there is peace.

I hold it and the universe opens wider.

A quiet universe, full of patience, full of time.

Nirvana quartz is from the Himalayas, quartz that lay underneath a glacier for thousands of years.  It has been roughened, cut, changed by the ice.  And now the ice has receded and the results of its passage are revealed.

The feeling of it is of love and peace, but not the simple love of rose quartz.  It has been tested, changed, tempered.  Its colour is subtle and its effects as relentless as the ice that shaped it. 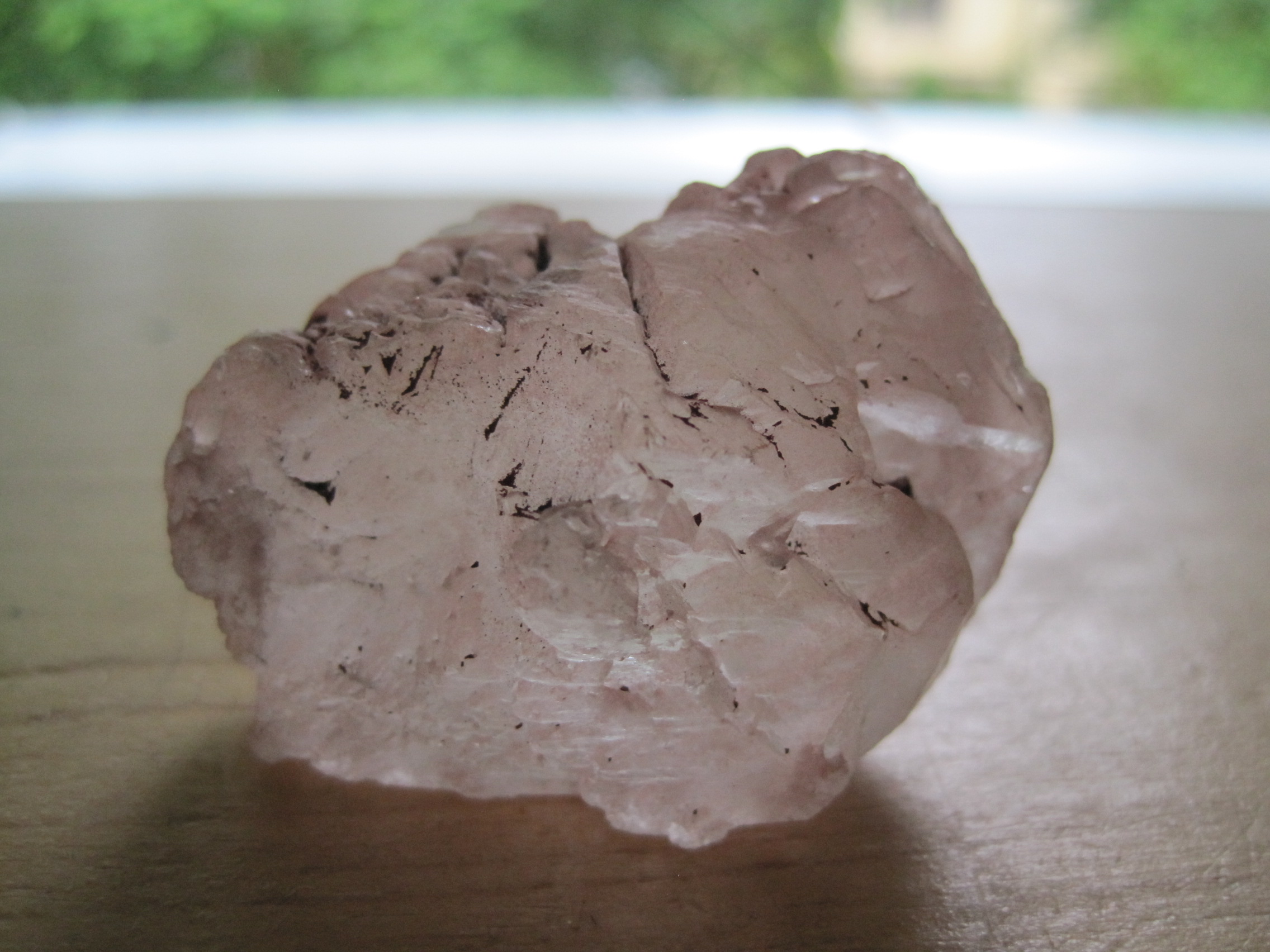 It has known heights and depths.  It has been buried into darkness and found its own inner light.

It has been outside of time and only recently revealed to us.  It is the gift of a higher spirit, reaching out a hand to lift us up.

I adore this stone.

If you look into this picture: 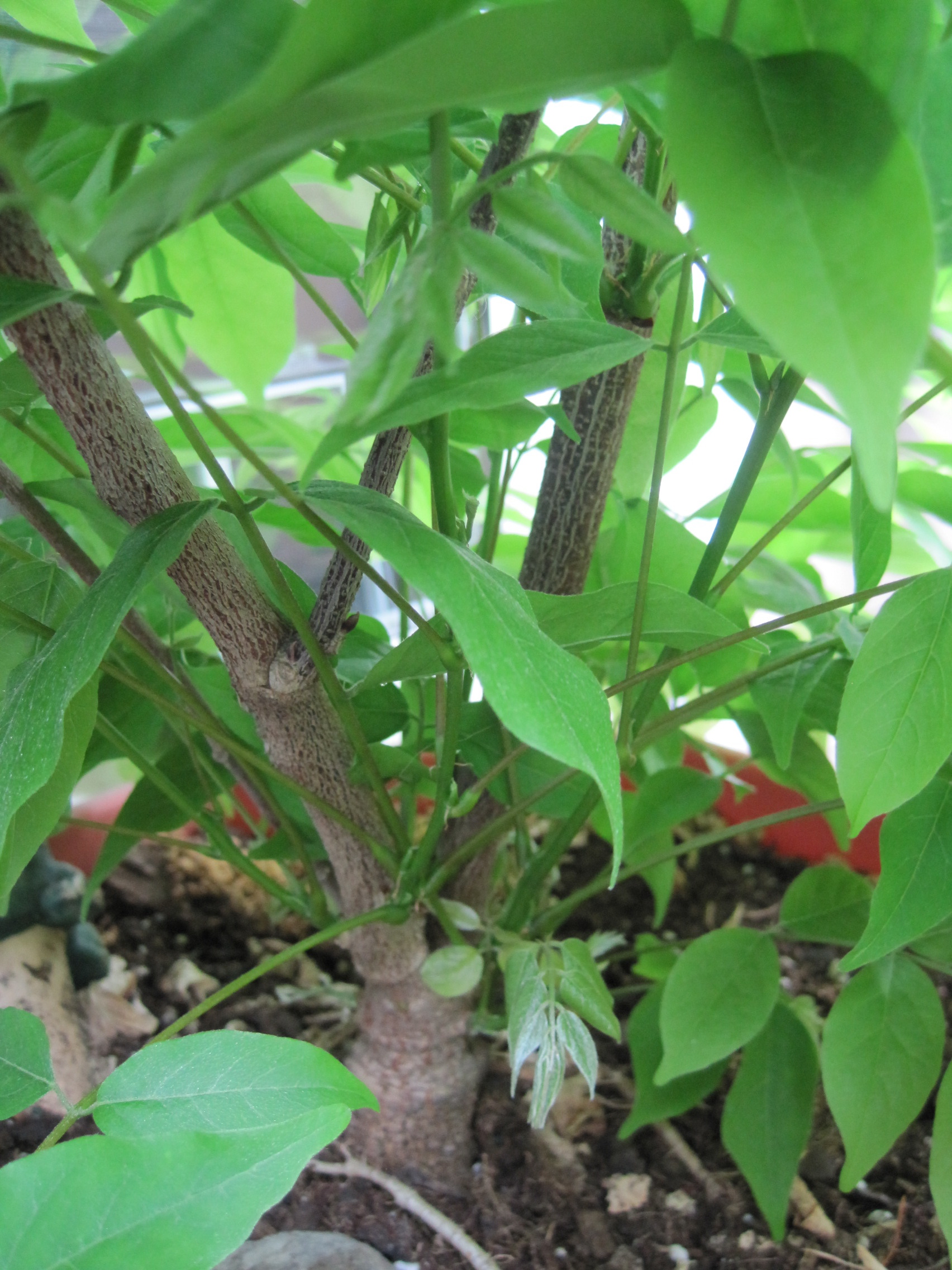 I’d taken this chinese wisteria tree and hacked it down to nothing.  I figured it had had it’s time, and I needed the real estate it was taking up.  It was spindly at the top, hasn’t flowered in years.  And I was tired of it trying to crawl up INTO my building.  It was sending up these long questing tendrils in search of a new home, a crack, or anything it can crawl into or latch onto.

Four weeks ago, that’s all it was.  Bare, dead looking wood.  But hey, I thought, I’ll water it anyways.

Two weeks ago it was liberally studded with unfurling leaf buds.  Wow, the damn thing won’t die, I thought. 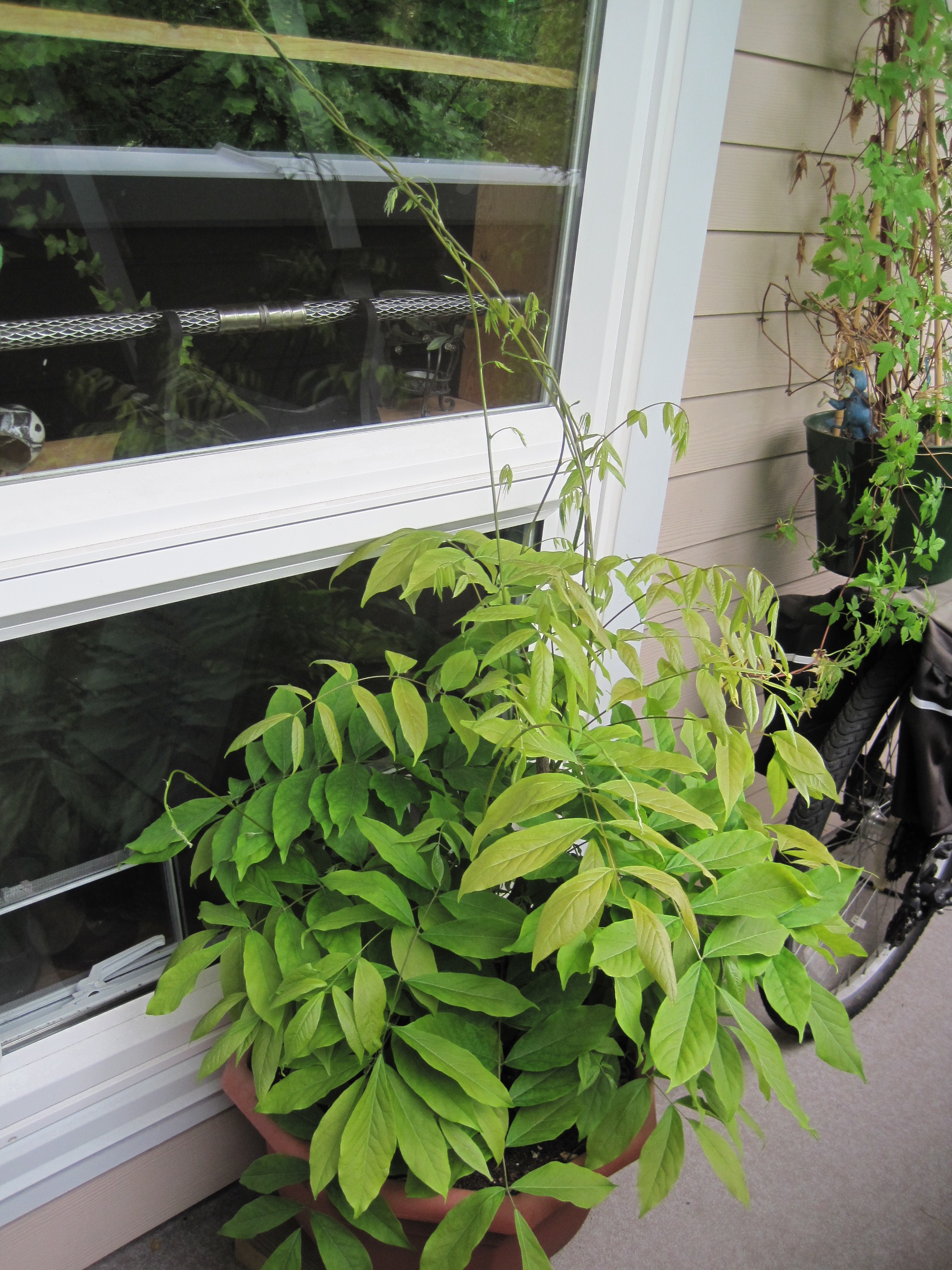 And I think, holy over zealous tree, batman!  And do you see the tendrils climbing up the window?  Seeking some new place to sneak into and take over.

To hell with bamboo, fear the wisteria!  It will take over the world. It will crawl into any crevasse.  And it can not be killed.  Fear it and you may survive.